Actress Monalisa Pal Sarkar shared a PIC with her son 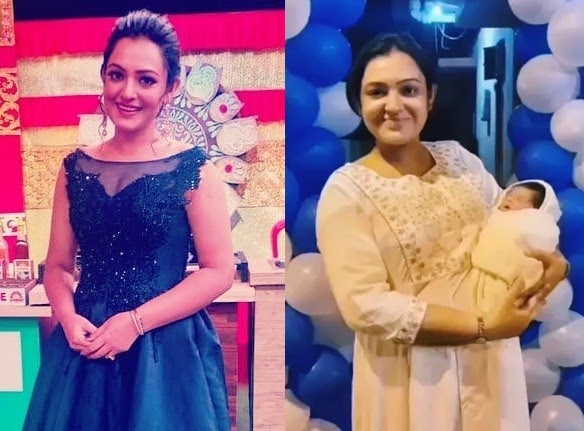 Actress Monalisa Pal Sarkar, who has been a part of several Bengali television dramas recently shared a pic with her newborn baby on social media. In October 2022, she shared the good news about her new journey as a mother. The actress was last seen on screen in Sun Bangla’s Nayantara serial where she played a negative role. She kept herself away from limelight and media during pregnancy.

And recently, taking to Instagram, Monalisa shared an adorable picture with her baby boy. In the picture, Monalisa is seen in a white dress. The child is wrapped in a white towel. She named her son Reyansh, which means ray of light. As soon as she shared the post, fans flooded the comment box to show their love for them with kind comments.

In 2018, the actress got married to her long-term friend Biswajit Sarkar who works in an IT company. They know each other for a long time and later they become friends which eventually turned into love. And now they became parents too.

Monalisa Pal Sarkar started her career as an anchor. And then she earned popularity as a model. She made her television debut at a very young age. She acted in many popular television dramas. She was a part of many shows like ‘Radhaa’, ‘Ke Apon Ke Por’, ‘Beder Meye Jyotsna’, ‘Gole Maale Gol’ and Desher Maati.

After becoming a mother, the actress took a break from the limelight. The new mommy spends her days taking care of his son Reyansh.